Dementia Risk: It’s not all in our heads. 12 things we can do to lower it

Twelve dementia risk factors can prevent 40 percent of dementia cases, according to 28 leading experts, highlighted in a new report published recently in the Lancet.

All the factors are modifiable, meaning many people can significantly reduce their risk of dementia by making lifestyle changes.

This is welcome news as dementia affects approximately 50 million people worldwide.  Figures are expected to rise to 75 million people by 2030 and 131.5 million by 2050.

Experts have already established nine risk factors that may impact whether or not we develop dementia in later life. These are:

And now, the panel of experts has added air pollution, traumatic brain injuries, and excessive alcohol consumption to the list.

Experts comment on the Lancet Report on Dementia Risk

However, Professor Jennifer Rusted, Professor of Experimental Psychology at the University of Sussex, reminds us of the importance of our genetic predisposition to dementia. She had this to contribute to the report:

“The biggest known risk for late-life dementia is genetic — specifically carriers of the Apolipoprotein E epsilon 4 genotype have 4–12 fold increase in the likelihood of experiencing dementia in their lifetime.“

However, although Professor Rusted highlighted the need to account for the genetic element of dementia that some of us carry in our DNA, she then went on to comment that, in many cases, in staving off dementia, simple, everyday practical steps in reducing our risk by keeping physically and mentally active in old age is achievable.

Professor Rusted’s statements were further complemented by Professor Bart De Strooper, the UK Dementia Research Institute director. He added that lifestyle choices are as significant a risk for Alzheimer’s disease as genetic predisposition.

So what can we take from all of this?

While genetic disposition plays a part in the development of dementia, there are those among us who develop the disease due to those high-risk factors.

As mentioned already, as many as 40% of all cases might be preventable by correctly managing our lifestyle choices, diet and exercise levels, and the stress we are placed under over prolonged periods.

If we refer back to the predicted numbers mentioned earlier in this article, this will equate to reducing the number of cases by 30 million by 2030 and a whopping 52 million by 2050.

Professor Lon Schneider, the study co-author, said that it is never too early or late to take action.  The study’s authors provide the following recommendations for people to decrease their dementia risk: 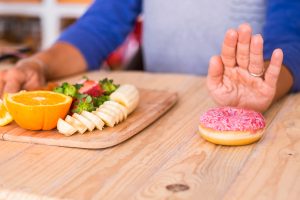 Might sound like a tall order for many people but is it when potentially facing a progressive brain disorder?

For years, we have known about the risk factors — poor diet, stress, high blood pressure, poor physical health, obesity. This is nothing new.  We know that a Mediterranean diet has a positive impact on helping to prevent the onset of symptoms. We know that monitoring stress prevents the build-up of oxidative stress in the body, a key factor in the pathology of various types of dementia. Numerous studies have also shown that physical exercise can significantly reduce the risk of dementia by 30%.

The experts provide the evidence, and it’s reasonable to suggest that it takes reports exactly like this to make us sit up and pay attention.

As the next generation of potential dementia ‘diagnosees’ , the final word from the study co-author, Professor Lon Schneider:

“We are learning that tactics to avoid dementia begin early and continue throughout life, so it’s never too early or too late to take action.”